Let’s face it, we’re in full pumpkin spice season at the moment. Pumpkin spice lattes, pumpkin muffins, pumpkin beer, there’s no hiding from the current pumpkin craze. Rather than trying to avoid it, why not embrace the pumpkin flavours add get creative with some cocktails? Pumpkin spice actually works quite nicely in cocktails, as these three point out.

Whisky and pumpkin are a combination that works surprisingly well together. This cocktail seems complicated, but it’s really just a simple syrup, whisky and soda.

In a medium sauce pan combine all ingredients and bring to a simmer. Reduce heat to low for ten minutes. Strain through a cheese cloth and store in the fridge. 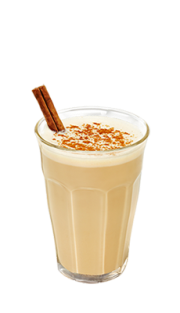 So Bailey’s caught onto the pumpkin spice trend and released a special pumpkin spice version last year. You don’t have to search this out, as making Irish cream is incredibly easy.

Combine all ingredients in a blender and mix well. Pour into a mason jar and refrigerate for at least five hours. Shake well before serving. Can pour over ice, or in your favourite coffee.

If you haven’t had enough pumpkin pie this season, this martini is a pretty fair recreation of the dessert, whipped cream included.

Rim a martini glass with maple syrup and dip in the brown sugar and pumpkin pie spice mix. Pour the vodka and eggnog in a martini shaker with ice and shake. Pour into martini glass and top with a dollop of whipped cream.