Skip to content
Get to know the wild world of beer!

Knowing about the several beer types and styles is an exhausting task, thanks to the various categories and the multitudes of sub-categories under them. While visiting a brewery opens up some of us to new styles and distinctive tastes of beer, there is a lot more to catch up when it comes to types of beers.

Typically there are two major types of beer classification: an ale and a lager. Some of the more widely known names such as Miller and Budweiser fall under the lager category. The process of fermentation separates the two types. If the fermentation process happens at higher or warmer temperatures, then it is an ale beer, where the yeast settles at the top. Whereas, the process for lager beers includes fermenting the yeast at colder temperatures, and eventually the yeast settles at the bottom. So, now let’s look at the five types of beers to taste at least once in a lifetime. 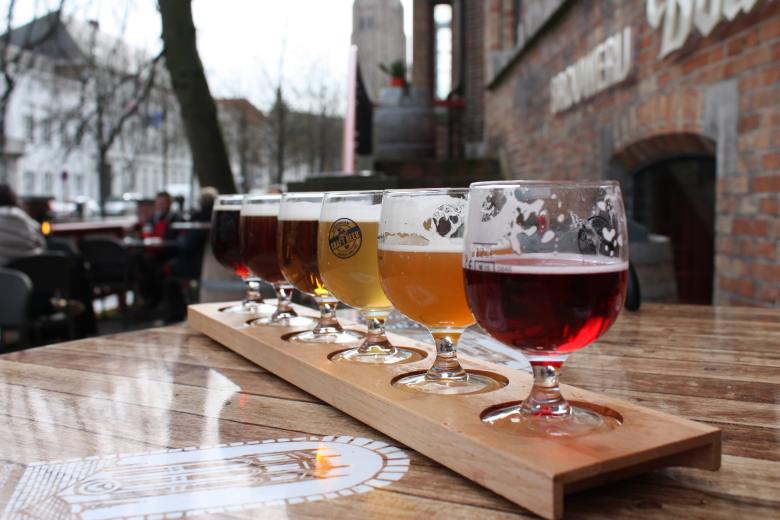 The contribution of the European country to the world of beer is significant. Belgian beers include dark ales, sour ales, fruity beers and pale ales in general. One thing anyone who has tasted Belgian beer, will talk about is the fruity flavour and taste it has. They tend to have higher alcohol content than others, yet taste very little bitter. Trappist ale is one of the best known types of Belgian beer, brewed exclusively at the Trappist Monasteries that include Belgian Dubbel and Belgian Tripel. Another renown name among Belgian Beer is Delirium Tremens which is a blond ale. One of the elements that get this type of beer on the list is the strong emphasis on the malts and the heavy fruity flavours without the bitterness. In short, if you can’t put up with a bitter taste, yet crave for a strong beer, then Belgian beers are worth trying.

Here’s another beer type that you shouldn’t miss out. Having an aftertaste of dark chocolate or coffee after the first sip of beer is unusual. However, that’s what makes stout distinctive from other beer types. It’s usually dark with a creamy and fruity flavour with low bitterness. You are most likely to find two types of stouts in a bar, Irish and English. It’s no wonder that the Guinness brand of Ireland makes some of the most recognizable stouts in the world. Anyone would assume a stout to be a strong bitter beer by looking at it the first time because it looks really dark. American stouts are usually strong, dark and bitter. The strong malt flavours are what contributes to the bitter dark coffee taste. That said, the traditional Guinness Stout remains classic and is a must-try if you want to tap into the authentic taste of stout. These are entry-level light beers with a mildly bitter taste and light colour. Lagers are  one of the most common and widely consumed types of beer in the world. Often considered as the gateway beer for new drinkers, names like corona premier and Bud Light are known to many, when it comes to lagers. While most of the lagers tend to be pale and mild in colour, you can find some dark coloured lager beers as well. Though all lagers tend to have a crisp mild flavour, there are many styles of brewing a lager. Some of them include Pilsner that has lower alcohol content and therefore is less bitter in taste. The making of a German Pilsner includes the usage of spicy hops and has a golden colour to it. You can find strong or light lagers depending upon your choice and taste better with any food pairing.

It’s evident that Indian Pale Ale (IPA) is an ale beer with a strong bitter or fruity taste depending upon the style of brewing. You can find some IPAs that have a citrus taste while most of them taste bitter and strong. Some breweries practice adding hops at the end of the brewing process for the flavour to suppress the bitterness. The alcohol content in IPAs is usually higher. Three main styles of IPA are common and known to most people such as American IPA, English IPA and the Imperial IPA. The American IPAs usually consist of more hops, citrus flavours and taste bitter than a pale ale. The English IPAs, on the other hand, are similar to American IPA except they have lower alcohol content. The Imperial IPAs have a stronger flavour than the rest and are high in alcohol content. 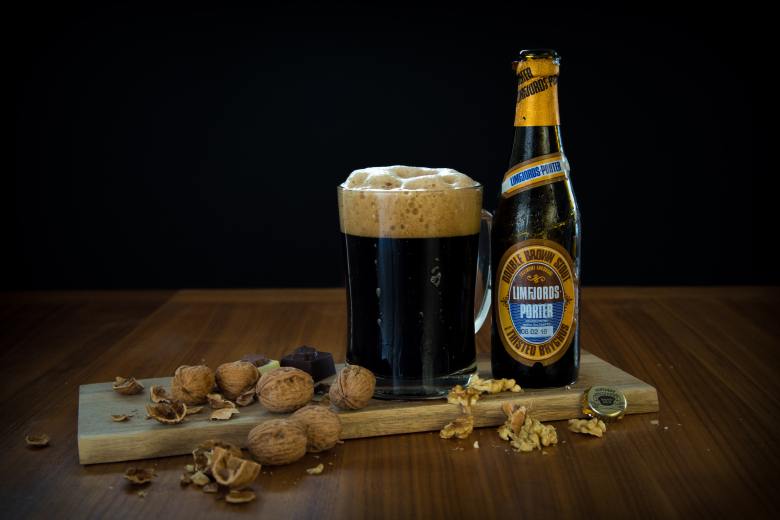 Porter originated in the United Kingdom is very similar to stout beer in appearance. However, the taste of porter has no similarities with stout beer offering a darker chocolate flavour and less coffee taste. It may be because of the similar flavours of coffee and chocolate that make it difficult for new drinkers to distinguish between both. American Imperial Porter, Robust Porter and English Brown Porter are three styles of porter. While these styles have a dark brown colour, robust porters have a caramel flavour and taste and look more brown compared to the others. The only difference between an American Porter and English Brown Porter is that the latter has a lower alcohol level. Smoked Porter from the Stone brewing company and the Sierra Nevada Porter are a couple very well known brands in this category.