If there’s one thing you can say about the BC beer scene, it’s that we know how to make IPAs. Hands down, we’ve perfected the craft whether we’re talking about west coast, east coast, wild fermented, double dry hopped, imperial…you name it and we make it.

In fact, there are so many different BC IPAs it can be a struggle to know exactly where to start. With nearly 200 BC breweries, and each of them at least making one style, it’s a crowded field. So, we’re narrowing it down and ranking the top 10 BC produced IPAs.

The rules are simple: the beer must be from a BC based brewery, all IPA style are on the table, and it must be either a core or regularly produced offering (no one-off’s, limited releases, etc.). And yes, we already know that IPAs are a very personal passion, and there’s going to be a lot of disagreement over this list, no matter the rational merit behind it.

So with that being said, here are the best IPAs BC has to offer, and don’t forget that many of these can be ordered online right now! 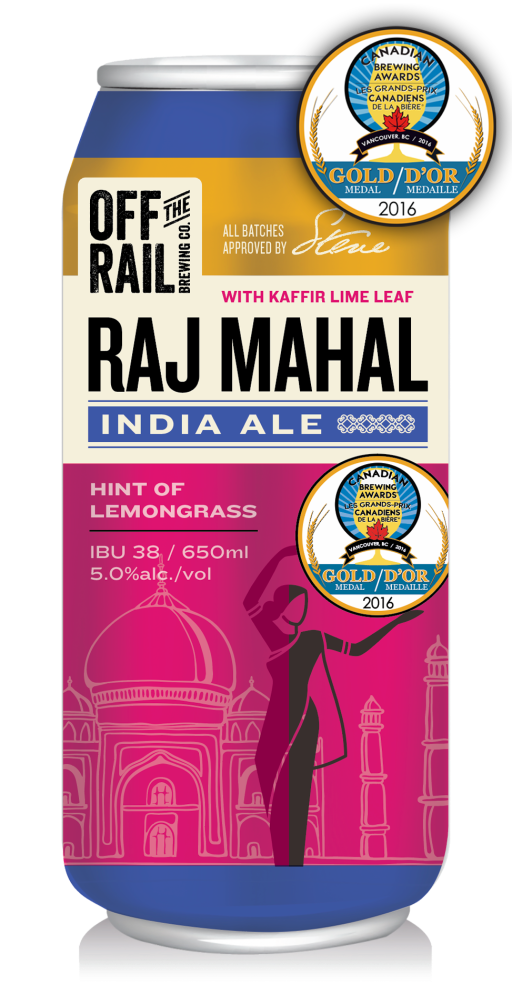 A bit of a blend between an American IPA and a spiced/herb beer, this beer from Off The Rail deserves far more credit than it receives. With an infusion of lemongrass and kefir lime leaf it’s wonderfully soft, smooth and extremely refreshing. Thos subtle flavours still give way to a Citra hop aftertaste, so hop heads aren’t going completely unsatisfied

For a small brewery based in Parksville, Mount Arrowsmith sure knows how to punch above its weight. Jagged Face is styled as a traditional west coast IPA, with a nose of traditional northwest pine and citrus. Canadian pale & Munich malt complement select tropical hops including Centennial, Citra & Amarillo. It’s a strong hop-forward IPA that BC has traditionally been known for.

One of the foundational beers that helped put Yellow Dog on the map, Play Dead is still their best seller overall. Despite packing a big ABV, it’s highly drinkable with hints of mango, lime and grapefruit. It’s a beautifully crafted IPA filled to the brim with tropical and citrus fruit flavours, yet somehow finely balanced.

This wild fermented IPA has won numerous awards over the years in regional, national and international competitions. Because it’s wild yeast, the beer pours slightly cloudy and smells slightly sweet and bready. The flavour is a rich balance or hops, fruit and funk, something that is incredibly hard to achieve.

The only dark/black IPA on this list, Nocturnum provides a different take on the classic IPA. Nocturnum marries the citrus, pine and resin hop profiles of a classic North American IPA with a rich, deep maltiness of a porter or brown ale. It’s robust, well round, and has a hop-malt profile with some biscuit after tones.

Arguably the OG of the BC IPAs, Fat Tug earned the right to be on this list long ago; but it’s the lasting appeal of Fat Tug that keeps it on this list. A hop powerhouse, it’s a classic BC IPA that smack you full of pine. In a market crowded full of juicy IPAs, Fat Tug knows exactly what it wants to be.

Speaking of juicy IPAs, the name here doesn’t lie. Juicy AF features an obnoxiously large dry hop of citrus forward hops which makes this beer a complete juice bomb. Boombox does juicy IPAs well, and this is one of their best examples of the style.

Double dry hopping is the secret to success for Beere Brewing’s Mental Floss. It’s a hazy, juicy, outwardly aromatic and full bodied beer. There are big notes of pineapple, ripe mango, guava, and orange with a nicely balanced backbone to mask the higher ABV with low bitterness.

The signature IPA for this Squamish based brewery, we’re once again looking at a NE IPA. Widowmaker is characterized by a light malt profile with a big pulpy body that complements the intense juicy character coming from the hops. Their limited release double dry hopped version is even better.

And the #1 BC based IPA goes to Superflux Colour and Shape. Why? Superflux has essentially staked their entire reputation on the IPAs they produce, and Colour and Shape is the fundamental crowning achievement for them. It’s the best example of NE IPA that BC has to offer, and is loved by beer geeks around the province.