A lot of beers were drank, some were more memorable than others.

It’s hard to believe that 2019 is nearly at a close. The year went by so quickly, with many memorable festivals, events, travels and beer releases. It’s that last one that got me thinking about what were some of the best beer of the year, which is no small concept considering there were hundreds of new releases in BC alone.

Rather than just share what we thought was the most memorable beer of the year, we figured it would make sense to throw the question out to a group that drinks BC beer like it’s their job. We rounded up a number of the best BC beer influencers to get a sense of what really excited them this year, and surprisingly there was a lot of consensus across the board.

“Is pretty much everything from Temporal an option?”- yvrbeer

Temporal Ales hands down was the group favourite. The sentiment that they had produced the most interesting and high quality beer coming out of BC this year was unanimous. While single releases like the Luminous Flux or Violet Frequency were named, the general sense was it was hard to choose just one from Temporal.

“I have a small obsession with Field house’s Whiskey Sour. It’s definitely up there for me.” –thebeerrater

A weird blend of cocktail and beer, this beer was soured with lacto-culture, and then aged on lime zest and American Oak infused with whisky and angostura bitters.⁠ It worked, and it worked well.

“DDH Widowmaker was probably the best local IPA I’ve had this year by a long shot.”- westcoastbeergeek

Widowmaker from Backcountry Brewing is already a solid beer, so a double dry hopped version was an obvious path to success. 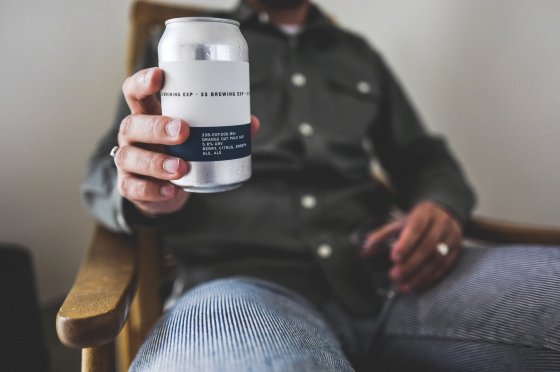 The best stuff coming out of 33 Acres this year was easy attributed to their experimental tap room. Lots of creativity and ability to produce small batch that surprised.

“I revisited Headbanger Triple IPA from Strathcona today. Definitely a standout for how balanced it is for a 10% IPA.”-crafttourist If you were looking for a beer that would get you sneaky drunk, this was it. In no way did this taste at all like a 10% heavyweight, but it was there and you’d know it after two.

“Lights Out! That’s the name of the Twin Sails BBA Stout. So damn good.”-thirstyexplorersclub

Twin Sails never fails to disappoint in their stouts, but there was something special about this year that really brought them out to the front of the pack.

“Strange Fellows Beldame and Four Winds Holz Pils were probably two of my favourites, so good without having anywhere to hide.”-matterofbeer

The fact that a Pilsner made it into this conversation shows you just how on top of their game Four Winds is. This open foeder fermented Pilsner was lagered for 60 days in wood barrels, yielding soft esters and a crisp, yet delicate finish.

“The Twin Sails Canadian Heavyweight. That was a beast of a beer, but so bloody tasty. Big, bold and boozy. Love me a sweet pastry style stout.”-pacificbeerchat

A Boombox collaboration stout that spent 10 months in bourbon barrels. Like we said before, Twin Sails had their stouts firing on all cylinders. (Even if we disagree with the pastry stout craze.)

What do you think? Anything we, as a collective group of self professed beer nerds missed?