Skip to content
The best beer festivals 2019 has to offer!

Once again a new year is upon us, and that means a fresh new slate of beer festivals to look forward to. Last year, we took a global perspective on our list of top 2018 festivals, but this year, we’re focusing in on North America, as there are a ton of festivals that need to be mentioned.

Let’s get the obvious one out of the way. No list would be complete without mentioning the largest beer festival on the continent, the Great American Beer Festival hosted in Denver, Colorado.  With more than 800 brewers and a beer list approaching four thousand, this is an overwhelming festival that one can’t possibly experience completely. This year it runs from October 3-5 so you have plenty of time to prepare yourself.

This is a “dark carnival” of all things stout hosted by Fort Georgia Brewery in Astoria, Oregon. An entire block is closed down in favor of a carnival atmosphere with tattoo artists, belly dancers, tarot card readers, blacksmiths and more. Of course there is also a selection of over 60 rare and coveted stouts from breweries across the US, many with intensely high ABV.

Unfortunately this February 16th festival is already sold out, but you may be able to score some resale tickets online.

That’s right, Canada has a great beer festival too! The longest running outdoor beer festival in Canada, the Great Canadian Beer Festival is a delight. Held in Victoria, British Columbia the outdoor festival takes advantage of the nice September weather, the beautiful setting and the great beers to complete a festival well worth attending. The beers are great, people are happy and everything is right in the world. 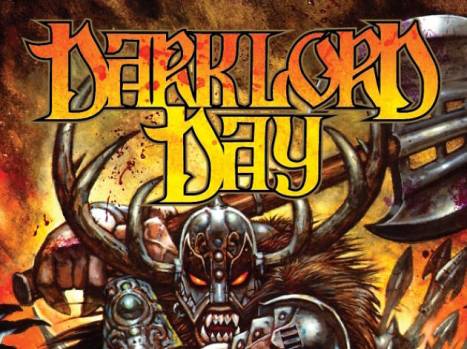 No this is not a tribute to Satan, although this day is practiced religiously by hardcore beer fans. Dark Lord Day is the annual release of 3 Floyds Brewing’s Dark Lord, one of the most coveted beers in America. The brewery has smartly turned this into a day’s celebration with bands and other extremely limited release beers on tap. This year Dark Lord Day falls on May 18th, but be prepared to buy tickets the day of release, as fans will fight each other at a chance to be there, and often crash the website doing so.

Savor was on the list last year, but we really do love the unique aspects of this Washington, D.C. festival. It’s “refined”, it’s intimate and it pairs great craft beer with great culinary creations creating a diversity of flavors that will delight your senses. Only around 90 brewers participate in this event, so the curation is key to a great experience. This year the festival is scheduled for May 17th.

The Festival of Wood & Barrel-Aged Beer is the world’s largest and most prestigious barrel-aged beer festival and competition. More than 200 craft breweries from across the United States showcase their rarest, most innovative wood and barrel-aged brews. This Chicago based event has yet to announce dates for 2019, but it usually runs sometime in November.

One of the nation’s longest-running craft beer festivals, the Oregon Brewers Festival is considered a craft beer destination, and up to 70,000 fans annually make the pilgrimage to Beervana to drink up what the festival has to offer. The festival is now in it’s 32nd year and runs July 24-27th.