Whose making the best craft beer in America?

Happy Independence Day to our neighbours to the south!

With that many breweries, it can seem like an impossible task to settle on the very best of the best. Well, the American Brewers Association took on that challenge, and has been producing a crowd sourced list of the best beer in America for the last 16 years.

This year, the survey includes Top Ranked Beers, Top Breweries, Best Portfolio and Top Imports. So just who rises to the top in this massive marketplace? For fans of craft beer, the top ten may not be much of a surprise: 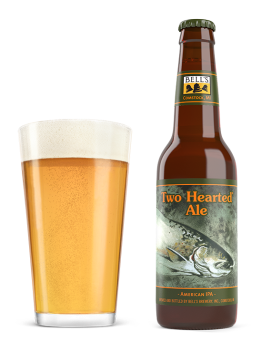 Pliny & Heady Topper are consistently battling it out for the best American IPA, but Bell’s looks to have surpassed the both of them twice in a row now. Founders breakfast stout (and its varieties) continue to be a favourite. But as you can see, outside of Founders the entire top ten is made up of IPA’s or hoppy pale ales, which goes to support that craft beer drinkers just aren’t that original.

The top breweries in America reflect the top 10, but you should still consider this list as the ultimate American craft beer pilgrimage:

As for top importers, Canada makes a mark, with Unibroue coming in on the top 3:

Looks like American’s still prefer to have their Belgian style beers imported, as only one American Belgian beer made the full list (and it was a kriek).

For the entire list you can visit the Brewers Association page here.