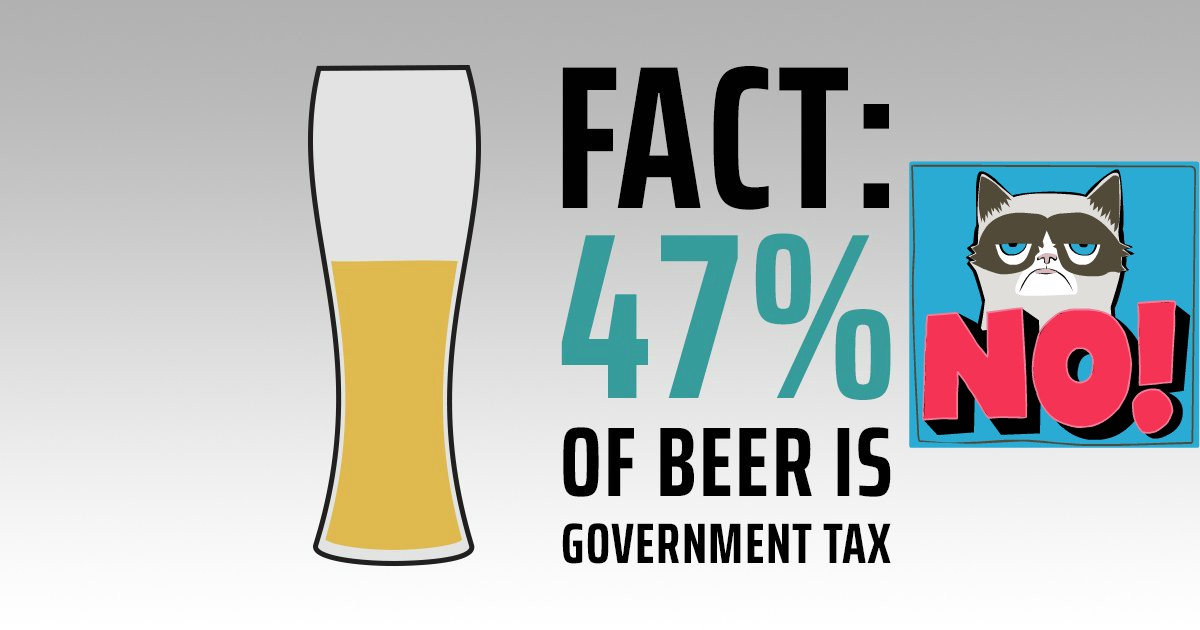 You may have seen the trending hashtag #Axethebeertax rolling around on social, and at first glance it seems like an incredibly reasonable argument; who wants to pay more for beer?? That’s a terrible idea, and of course no one wants to see a higher tax for drinking. But dig a bit deeper and you’ll realize that things aren’t exactly that simple.

For those unaware of the campaign, here’s a video being circulated:

Holy shit, scary right!? Ominous music and outraged consumers, this simply can’t stand, VIVA LA REVOLUTION! Let’s set aside the fact that this video totally leads the consumers to feigned outrage (Did you know you pay 47% in tax? NO! Did you know you’re going to keep paying more? OMG, that’s terrible *eye roll here*), and instead look at the root of all this.

First, we need to look at where the hashtag and campaign are coming from. #Axethebeertax comes from the Beer Canada organization which describes themselves as “Beer Canada represents brewing companies operating in Canada. Our members account for more than 90% of domestic beer enjoyed by Canada’s 10 million beer drinkers.” Sounds like a collective voice for brewers in Canada right? Well, not really.

Canada has nearly 700 breweries, Beer Canada as an organization has 48 members. That’s less than 7% of the entire industry. So how can they claim to account for more than 90% of Canada’s beer drinkers? Because Beer Canada includes heavyweights like Labatt (owned by AB In-Bev), MolsonCoors (headquartered in Colorado) and Sleeman (owned by Sapporo). The takeaway here, is Beer Canada doesn’t speak for the broader craft beer community in Canada, they speak for the global beer conglomerates that don’t want to pay a penny more than they have to.

But this tax gets passed onto the consumer right?? Wrong. Before I go any further, I highly recommend that you read this piece from Jordan St. John which goes into great detail about how this tax structure truly affects you, the beer drinker. There are two sections of his article that sums it up nicely:

[prices go] from 10.8 cents to 11 cents a bottle, essentially remaining at the same amount because there’s no way to pay less than a penny? Yep. In order for that to cost you $10 next year, you would need to drink 143 cases of beer.

But that’s just next year you say, this is supposed to be an escalating tax and will continue to grow more and more every year! Yeah about that:

Essentially, what you need to know is that in order for this compounding increase to put the price of beer up a dollar a case, it will need to run until April 1, 2040. You’re reading that right. People as yet unborn will be of drinking age before this costs you a dollar a case.

Look at the end of the day, we’re talking about a campaign designed by the largest beer distributors in the world to coerce you (the Canadian beer drinker) into thinking an extra tax is going to cost you a boat load of money. It’s not, and it never will. What it will do is provide the Federal government with about $1.2 Million more in taxes from these large companies, or about a nickel extra per case of beer. Molson Coors made $2.88 Billion in Q3 of 2017, so $1.2 Million in a year is chump change.

#Axethebeertax is a straight up lie to consumers, so that macro organizations can pinch a penny and pay out their executive bonuses. Don’t be fooled by the slick marketing.