2017 is behind us, forget about it, time to move on. Yes, there were a lot of good beers to be had last year, but let’s look towards the future and embrace the new and exciting.

It hasn’t taken long for several exciting new releases to already set the bar for 2018, so get a jump on the year with a few bottles of these primo selections:

This could possibly be the first collaboration of 2018, and if so, it’s a damn good way to kick off the year. Framework is a Farmhouse Ale brewed with orange peel, lingonberry and elderflower and based solely on the quality of the brewers collaborating here, you just know this one is going to be good (spoiler: it is!) 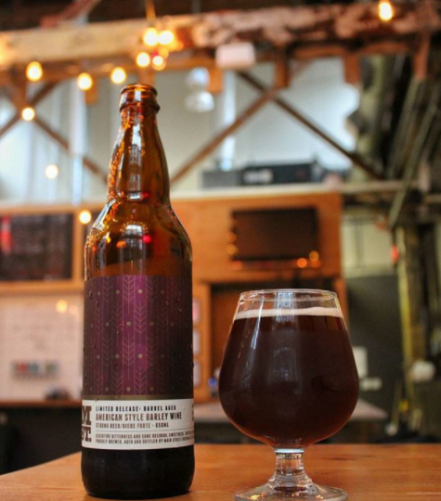 So Main Street was a little late to the game to fall into my Barley Wine list, but they’ve made up for it with this release. Aged in second use bourbon barrels for a year adds vanilla and oak character. Add a biscuit flavour, some spiciness and an assertive bitterness with some residual sweetness.

Strathcona Brewing: Get Down on It

It’s no secret that I’m a big fan of Strathcona Brewing, but I feel like that bias is justified; if they stopped making good beer, I wouldn’t like them so damn much! That trend continues with the Get Down on It IPA. Their official description of the beer “IPA hopped with Galaxy, Citra and Simcoe with oats and a hint of lactose sugar. Smooth like silk, tropical like Tahiti, creamy like cream.”

Beere Brewing in North Vancouver has not been open long, so it’s a sign of good health that this IPA won me over practically immediately. At 8.5% alc, this beer is big and seriously dry hopped. Starting with a big aroma of pinot gris, it goes down with notes of melon, candied grapefruit, sticky bud, and ripe mango.

It may say no fun on the label, but at 9% ABV and a whopping 70 IBU’s I suspect they are lying to you. Three hop additions come together to make a hazy, hoppy and delicious brew.

Another new release from P49 that is surprisingly good! They set a nice precedent with the Trash Panda and the Hillbilly continues the quality. This light, refreshing Hazy Pale Ale relies on a base of pale malts with wheat, flaked oats and cara pils creating a silky smooth mouth feel. Its hop flavour is derived from Amarillo, Zythos and Equinox hops punching up the tropical and juicy profile.