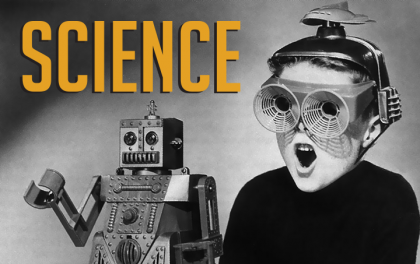 Trying to determine who is the best of the best can be a heated argument over personal taste, but that’s why we have science!

Every year the BC Beer Awards are held, and a number of awards are handed out to the best beer in the representative category. If you want to see the winners for 2017, go here. Now, I’ll be honest, I was inspired by Breward Inlet’s spreadsheet analysis of this year’s awards, and I started thinking what if we took an even wider scope of awards to see whose been winning the most awards year over year?

So that’s what I did. Painstakingly (not really, just time consuming) combing over the data from the last three years of BC Beer awards to find out whose coming out on top. Why only three years? To be fair, a lot of BC breweries are really only three years old or less, and going back much further would definitely skew the data. Now the data is going to be a little wonky regardless, as the BC Beer Awards upped the number of awards from 60 to 90 in 2016, which means there’s more to go around.

But that being said, there was some clear standout’s year over year, and regardless of what you think of these breweries (pro or con) they are consistently winning out over the competition.

So whose in the top five?

Now the interesting thing about this data is that when it comes to win consistency, not all of the brewers are equal. Central City had a heavy win last year resulting in six of their nine total awards, while Steel & Oak pulled off the same feat this year nabbing six of their total ten. Parallel 49, Brassneck and Dageraad are the consistent players, with practically even wins across all three years.

Three breweries just missed the cut, tying up sixth place with a total of seven awards: Strange Fellows (4,1,2), Steamworks (5,0,2) and Nelson Brewing (3,3,1). Of these three, Strange Fellows is the most consistent earner year over year and therefore most likely to continue to rise in the rankings.

Now that we know whose winning, the next question is what’s winning? There are ten beer from the top five that have won multiple awards (each of these have won some kind of award in 2/3 past years):

The only beer to have won an award every single year:

So there you have it, according to data those are the best breweries and the best beer in the province. Most of these I can’t protest; Parallel 49’s lager is definitely an extremely consistent lager, and Dageraad Blonde is what I serve to friends unfamiliar with “craft” beer. It’s odd to see Strange Fellows not make it into top five, but then again, their focus on barrel aging and sours may mean they have limited categories for submission.

Again, this isn’t 100% foolproof data. Some of the most highly regarded breweries in the province (Four Winds, Twin Sails, Yellow Dog, etc) didn’t even come close to making the cut. Now that could be due to relative immaturity of the brewery or just lack of submissions, but those are obvious misses that highlight this isn’t a perfect system.

Nevertheless, I think it’s interesting to see from a somewhat empirical standpoint whose making some of the best beer we can get in the province.