Let’s be frank, I am the first person to advocate for drinking local. I love Canadian craft beer, and there are some excellent breweries making world-class beer. But, that being said, there are those days where I have brew envy with our neighbours to the south. I just want to enjoy all the amazing US craft beer right alongside our homegrown stars. Which ones give me the most beer envy? Glad you asked:

Let’s get the legend out of the way right from the top. Pliny the Elder is good, so good. I sometimes dream of this double IPA, which I’ve been fortunate enough to have at the brewery itself (made a bit of a pilgrimage to California). My only consolation is that it’s basically impossible to get anywhere outside California.

Yep, another coveted double IPA which rivals Pliny as America’s most sought after beer. I’ve had this once in my life, ONCE, and I salivate just thinking about it.

These two could not be any more different. Madam Rose is this crazy mishmash of fruit, wild yeast and sour aging, while Bourbon County is an incredibly high ABV barrel-aged stout. The only thing they have in common….I’ll never find them at any store in Canada.

Hair of the Dog- Adam

This is the pure definition of a cellar beer. Buy one to drink, and six more to hold onto, drinking one every year if you’re patient. Just try not to cringe at the price point, and remind yourself this is an investment. 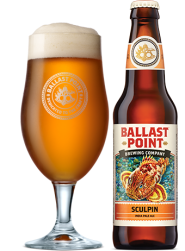 You know what hurts the most with this one? It’s considered “widely available” in the US. In Canada, you’ve got a better chance bottling a fart in a windstorm.

At this point you might be thinking to yourself, man there are a lot of IPA’s on this list; you know what? There are, and too damn bad. The US makes some damn fine IPA’s, and I can’t drink ’em.

There you go, not an IPA. But it doesn’t change the fact that I still can’t get this creamy, delicious nitro stout anywhere across my fair country.

Now we’re getting into some holy grail level material here. An oak-aged sour beer that only appears once every three years! If someone has a bottle of this, I will trade a small piece of my soul.

And since I’m punishing myself, let’s throw in the Dark Lord. A beer so rare, it’s released once day a year…in April…only at the brewery…in Munster, Indiana. I’m never drinking this beer in my life.

So there you have it, a short and very much incomplete list of US craft beer that I would straight up do awful things to get my hands on. Did I miss anything?