Weird beer is something that can’t be avoided. For as long as there are brewmasters, there will be brewmasters that get bored one day and say “I wonder if I can make beer out of…”

But it’s one thing to say, make a beer out of vaginal yeast (still not sure if that is real or not) as a novelty, and an entirely different thing to make a weird beer that is actually good.

So without further ado, here are a few weird beers that may seem insane at first, but will actually surprise you with how drinkable they actually are. 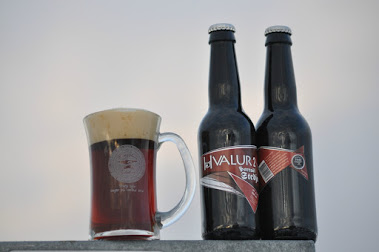 Taste: I was handed this beer after some friends went to Iceland. I wasn’t told about the weird factor until about half-way through, and to be honest I could taste a little odd saltiness to the ale. But the reality is, even after knowing what was in it, I still finished the bottle.

Verdict: Once you’re past the “ick” factor, a well made amber ale.

Weird ingredient: So you read the first and said “man those Icelander’s are nuts! We’d never drink anything like that in North America.” Well you’re right; we don’t have whale testicles, we’ve got bull testicles, 25 pounds of them to be exact.

Taste:  This is a bold stout.  Exceptionally viscous with a rich brown/black color, a balanced mouthfeel and deep flavors of chocolate, espresso and nuts (no pun intended).

Verdict: Apparently testicles are good for beer, this is one of their best seasonal releases.

Weird ingredient: Moving on from testicles, next up is pig.  This porter is brewed with real smoked pig heads and bones.

Verdict: Fan of bacon? You’ll be a fan of this beer.

Weird ingredient: Stepping away from animal parts for the moment, this stout is brewed with fresh kelp from the Pacific Ocean.

Taste:  Apparently stouts and porters are forgiving with weird ingredients. Notes of chestnut, chocolate and of course salt are present, making it a very umami like beer.

Verdict: A strong salty stout that will make you think of the sea.

Weird ingredient: According to the Seefurth’s, who started as homebrewers, it’s an entire margarita pizza put into a beer.

Taste:  This should come as no surprise but it tastes exactly like pizza. Notes of oregano, basil, tomato and garlic are heavily present.

Verdict: It’s a beer that is a pizza, man if it isn’t an amazing time to be alive. Just don’t drink more than one.