In the quiet town of Okotoks, 20 minutes south of Calgary, an exciting thing is brewing, and it’s set to make a big splash on Alberta’s beer scene. Six Corners Brew Works is currently in development, and while the brewery has yet to be completed, they’ve already been experimenting with styles by utilizing tanks in Saskatoon.

Luke Wooldridge is the brewmaster for Six Corners, and while he comes across as a mild mannered, soft spoken brewery owner,  he really packs a punch when it comes to his beers. 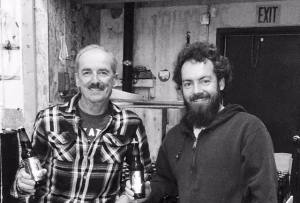 With an undergrad in biology, Luke left the country and trained at Heriot Watt University in Edinburgh, Scotland. After finishing his degree in brewing and distilling, he returned to Canada and founded Six Corners in October of 2014. He and his father Greig have been steadily growing the business ever since, with the mindset of taking a bite out of the big brewers and showing the world just how good beer can be.

One of the things that makes Six Corners stand apart is that Luke isn’t afraid to add intense flavour to his beer. That mostly means a LOT of hops. What makes this unique, is while other markets across North America have embraced hoppy beer, particularly the West Coast, Albertans have yet to fully embrace the hoplife. That shift is happening, and with a focus on hoppy beer, Luke has positioned himself well for the future.

As for the beer, Luke’s focus on strong taste and quality shine through in the 7.5% ABV, Trailhead IPA, a balanced but layered beer from a new experimental type of hop- known only as # 07270.

Six Corners is just in the process of getting started but you can already find their beer at most Calgary co-op liquor stores or specialty craft beer stores, or being served at Hop in Brew Pub, National on 10th, Pig & Duke, and Bottlescrew Bills pub.